Most of the modern devices are now equipped with the latest Thunderbolt 3 lately. The laptop manufacturers are also believing, their customers will get a whole new power hype with this.

But, is the Thunderbolt 3 worth it? Or why should I pay extra for something secondary to my laptop?

Let us inspect the Thunderbolt 3 to provide you with a clear perspective about this technology. Moreover, by reaching the end of this article, you’ll be able to make a firm decision about considering a Thunderbolt 3 device or not. 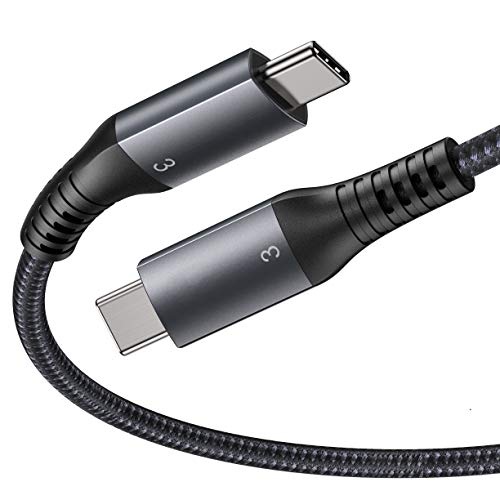 Starting with the origin to eradicate most of the confusions from the beginning.

In the year 2009, after testing many prototypes, Apple and IBM came up with a miraculous technology named Thunderbolt. However, soon Apple stood backwards and all the rights were taken by Intel. Unlike USB 3.0, Intel charges a royalty fee whenever a manufacturing company wants to integrate the technology. Thus, the devices coming with Thunderbolt technology are pricier than the others.

As the name suggests, the Thunderbolt 3 is the most recent version of Thunderbolt technology. It was available in the market till the end of 2015.

After this move, the sales went from the top of the roof. It was a win-win game for both the company and us (customers) as well. Especially as an Apple user you can now easily connect your devices to other non-Apple PCs and laptops.

However, there’s still a small hurdle you’ll need to cross. The USB-C port makes the Thunderbolt 3 non-compatible with other devices that support previous versions of Thunderbolt.

There are some obvious benefits to why Thunderbolt 3 has pictured itself as the God in the market. Some of the benefits will surely take your leisure life to a whole different level. Let us have a deeper insight here.

Starting with the foremost advantage of using Thunderbolt 3 setup, speed. The Thunderbolt 3 completely steals the show from every previous technology when it comes to data transmission.

It transmits high-speed data of 40Gbps. This speed is four times faster than the latest USB-C port (10Mbps only) and twice as fast as Thunderbolt 2 (which transmits in 20Gbps).

Let me amaze you by giving a glimpse of what this transmission speed is capable of. You can easily transfer a 4K resolution movie within less than three seconds.

Now, imagine transferring those big and hefty programming files and HD games to your system from the SSD drives.

Talking about the game, you can plug the savvy Alienware graphic amp into your average PC. Thus, having a new gaming life ahead!

2. The popularity of USB-C Connectors

As said earlier, using a USB-C connector in the Thunderbolt 3 makes thing even better. Here you get to use Thunderbolt on almost all the upcoming and recently launched devices in the market.

The Thunderbolt 3 can be easily used in any USB-C device. Although, there won’t be any difference in the performance of the device that is incapable of supporting the Thunderbolt 3 system.

Suppose you’re using Thunderbolt 3 in your HP Spectre X360 laptop, nothing extraordinary will happen. On the other hand, Dell XPS 13 will make sure to use the Thunderbolt 3 up to the fullest.

The true power of the Thunderbolt 3 can be easily observed in connecting devices together. You can plug two PCs together, establishing an ethernet connection of 10Gbps. This speed is almost 10 times faster than regular ethernet cables.

The Thunderbolt 3 also combines DisplayPort standards. This leads to powerful connections among monitors. And the power here is two times more than the regular DisplayPort Cable.

With the Thunderbolt 3, you can easily connect two 4K monitors at 60Hz. Thus, giving you the utmost watching and gaming experience.

This number is just two times more than a normal Display Port cable. This power of connection has few more feats left to discuss.

You can connect up to 6 different devices with these Thunderbolt 3 cables. These devices can be anything, whether it’s SSD drives, a graphic amp, or a secondary monitor. And in the whole process, you’ll only require three cables. This process is famously known as Daisy Channing.

In general, knowing how the Thunderbolt 3 works wouldn’t make any difference. Although, if you’re a tech nerd (like me) who’s always curious to know what’s happening behind the scenes, don’t worry. I’ve got your back.

The Thunderbolt 3 is the physical hardware. And its primary motive is to bring versatility without compromising the speed. The innovative design of thunderbolt 3 is meant to combine multiple transfer protocols within a single physical connector.

The physical connector used here is a USB-C connector. It’s easily visible, right? Here’s a notable thing, don’t try to compare Thunderbolt and USB-C to each other. These both are different things. And before getting into details, I’ll take an example to make things easier.

Consider a circular entry gate from where people can walk into your home. Now, try to draw the shortest route from this circular gate to the hall.

There you’re. The gate in this situation is a USB-C connector and the whole router including the gate is Thunderbolt 3. I hope this will help you to make things crystal clear.

When it comes to a normal USB-C connector, most devices use USB 3.1 protocol instead of Thunderbolt.

Fortunately, the Thunderbolt 3 is compatible with every device that is equipped with a USB-C port. As discussed earlier, this feature allows you to use the cable with any random non-Thunderbolt device. The only thing is it’ll act as a regular Type-C data cable.

The Thunderbolt3 includes many standards in it. With this, you can fulfil any transmission task with just a single cable.  Some of these standards include- PCI-e, PCI, Digital Port, and previous Thunderbolt versions too. Thus, it is up to you how you use this magical technology. The Thunderbolt 3 can switch to different modes almost automatically, according to the type of work.

Considering some examples to clear things up.

When you try to connect a simple USB device to the Thunderbolt 3 port, the system automatically detects the type of signals it’s receiving. The controller here decides with which USB data standards (USB 2.0, 3.0, or 3.1) the current signal should be treated. Thus, the whole system converts into a regular USB 3.0 standard.

Similarly, you can plug a DisplayPort device with Thunderbolt 3. The only additional thing you’ll require will be a Thunderbolt 3 adapter. Again, the system quickly detects the condition and converts the Thunderbolt 3 into the Display Port mode. Now, your computer is ready to partner and receive data with devices like graphic engines without any hassle.

Again, mentioning the tremendous power of Thunderbolt 3, you can run two 4K devices with a 60Hz of refresh rate.

But, what about the relationship between the Thunderbolt 3 and its previous versions? The answer is a subtle yes. However, the Thunderbolt (1 and 2) are equipped with a mini Displayport so again, it’ll require an adapter to make the things functional.

We’ve covered almost every fancy application of the Thunderbolt 3 in the benefits section. Even though I still want you to know about some of the most common uses of this technology. Let’s begin.

Powerful Graphics- The video editors and gamers have soon fallen in love with this Thunderbolt version. There’s no other way to get better results with this amount of simplicity. The best thing about Thunderbolt 3 here is it doesn’t limit the devices to catch their full potential.

Quick Burning Session- The disc burning process becomes a child’s play. Even some of the heavy discs such as BlueRay seem to take only a few seconds. Thus, no waiting to write data on these discs. Similarly, you can compress these large files almost in real-time.

Effective Charging- This is one of the latest features that you’ll only find in Thunderbolt 3. The previous version of Thunderbolt (like Thunderbolt 2) was equipped with a mini Displayport. Thus, now you don’t even need to pay extra for a laptop charger as well.

But do they charge effectively as a regular charger? The Thunderbolt 3 can transmit up to 100Watts of fast power supply. You’ll be easily able to charge most of the regular laptops that require below 100 Watts.

Not only this but you can also use Thunderbolt 3 to power up the other devices with your laptop. The 15 Watts of supply is more than enough to charge smartphones, speakers, etc.

The versatility of this technology doesn’t only benefit general users or gamers, but also different sets of computer users. For instance, musicians can easily plug in multiple audio devices to fulfil their task without any technical difficulties.

In case you’re wondering about the capabilities of previous versions of Thunderbolt, here it is. The Thunderbolt and Thunderbolt 2 were capable of doing almost all the work mentioned above with lower feats. However, they somehow limited you with charging options.

There’s no doubt why the Thunderbolt 3 is turning the market in its own favour. It allows you to do more stuff with just a single cable. If you’re someone who’s a hefty computer user and can easily afford a high-end device, you might’ve got the hint. Whether it’s gamers, professional workers, photographers- the Thunderbolt 3 will be the right pick for everyone.