What is a Potentiometer?

A Potentiometer or simply known as POT, is a three-terminal device with manually adjustable resistance using a movable contact. We all are familiar with Resistors. They are simple electrical devices which resist the flow of current in a circuit.

Normal resistors usually have fixed resistance. But what if you want vary the resistance as per the needs of your application? This is where Potentiometers come into play.

This symbol means a resistor with terminals 1 and 3 and sliding contact terminal 2. You will better understand this if we take a look at the construction of a typical potentiometer. 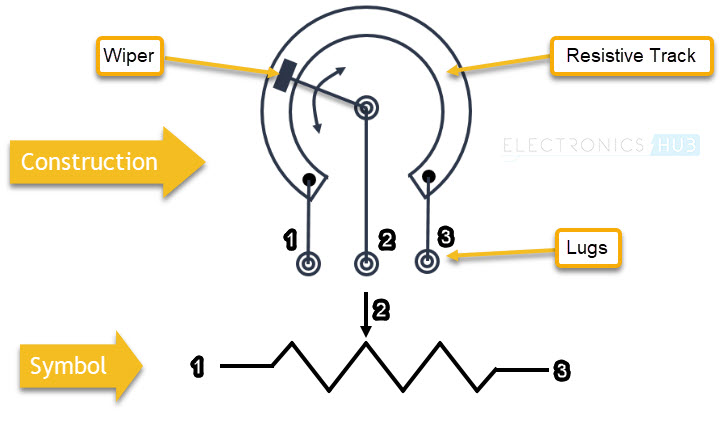 The external contacts are sometimes known as lugs.

How Does a Potentiometer Work?

But, if you measure the resistance between one of the outer terminals and the Wiper terminal, then you will get a value that is dependent on the position of the Wiper. So, it can range from 0 KΩ to 10 KΩ in case of a 10 KΩ pot.

So, based on the terminals used, you can use the potentiometer as a simple Variable Resistor, also known as a Rheostat or a Voltage Divider.

A Potentiometer can work as a Rheostat by making use of just two of its terminals: One is the Wiper and the other is either of the two outer terminals. In this case, the POT acts as a two terminal variable resistor.

The value of the resistance increases or decreases by turning the Wiper. 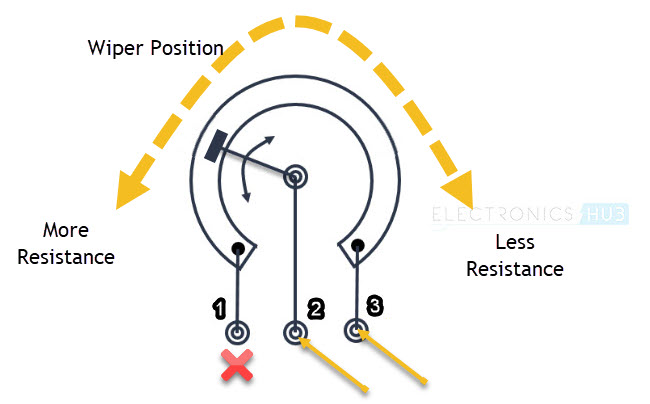 Another useful application of Potentiometers is they can be used as Voltage Dividers. If you remember, a Voltage Divider Circuit consists of two resistors connected in series. A voltage is applied at ends of the resistors and an output voltage is taken across a resistor.

This simple circuit is used to convert a high voltage to a low voltage. With the help of potentiometer, you can build a similar voltage divider by using all the three terminals. 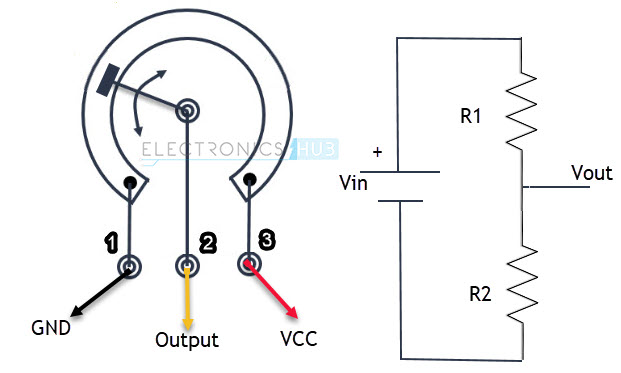 Even though the function is same, there are different types of Potentiometers available for various applications and use cases. Some of the popular types of POTs are mentioned below:

There are several characteristics of Potentiometers but one that stands out is called the Taper. This characteristic is the relation between the position of the Wiper and the amount of resistance.

Potentiometers are usually classified as in to two types based on the Taper characteristic. They are: 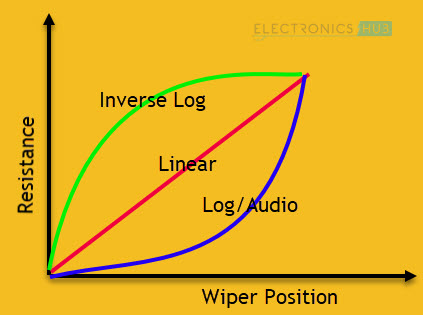 The most commonly found Potentiometers are of Linear Tapper type. In this type, the relation between the position of the Wiper and the resistance is linear. This type of POTs are usually marked with letter ‘B’. 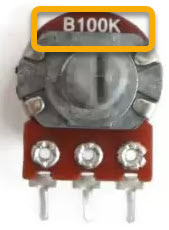 Another common but very application specific POT is the Logarithmic Taper or Log Taper. They are also called as Audio Taper as they are essentially used in audio control applications (volume control).

As the name suggests, in a log taper POT, the relation between resistance and wiper position is logarithmic. There are also Inverse Log Taper POTs. Log Taper POTs are usually marked with letter ‘A’. 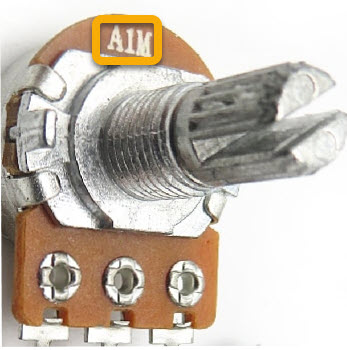 A simple beginner’s tutorial on Potentiometers is presented here. You learned about some basics of Potentiometers, its working, electrical symbol and mechanical construction, two of the common applications and also different types.