After Blinking LEDs and controlling Relays using Arduino, every hobbyist, who is actively making DIY projects, plans on building a Weather Station. It doesn’t have to predict rainfall or storms but simply measure the basic stuff like Temperature and Humidity.

Temperature Sensor and Humidity Sensor (often they come in a single package, but discreet components are also available) are the main ingredients of an Arduino Weather Station. Since this article is all about Arduino Compatible Temperature Sensors, let us focus on them.

Measuring Temperature of an object or a room using Arduino is a very useful project. You can continuously monitor the changes in temperature and log the data for further analysis.

There are a bunch of Arduino compatible Temperature Sensors available in the market. Some are relatively cheap and easy to use while some are expensive with great accuracy.

I made a list of some commonly found Temperature Sensors for Arduino, with some basic specifications listed out for each sensor. These sensors can be used with other developments boards like STM32F103C8T6 Blue Pill Board, Raspberry Pi, ESP8266 or ESP32.

So, if you are looking for the perfect Arduino Temperature Sensor for your DIY project, then go through the list and make the decision.

Today, there are a variety of Temperature Sensors that are marketed towards DIY and hobbyist community. But a few years ago, if we speak about temperature sensor, then LM35 is the only choice (at least for me).

It is one of the most popular temperature sensors available out there, which is being used even today. LM35 is an Analog Temperature Sensor which is calibrated directly in Celsius. The output analog voltage is linearly proportional to temperature in Centigrade.

The transfer function of LM35 is

What the transfer function means is that for every degree Celsius rise in temperature, the output voltage increases by 10mV.

One of frequently used Temperature Sensors in Arduino projects is the DHT11 Sensor. It is a Relative Humidity Sensor and hence it can measure both the Temperature as well as Humidity. 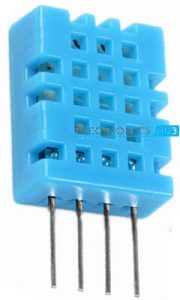 Internally, the DHT11 Sensor consists of a resistive humidity sensor, an NTC thermistor (temperature sensor) and an 8-bit MCU, which performs the ADC operation to produce digital output.

Speaking of digital output, the DHT11 Sensor communicates using one-wire protocol. The range and accuracy figures of DHT11 Temperature and Humidity sensor are not that impressive when compared to its bigger brother DHT22.

For more information on interfacing DHT11 Temperature Sensor with Arduino. Check out this project.

Though the DHT11 is a great choice for simple applications, its range and accuracy might be a limiting factor. Hence, the DHT22, which is also a Relative Humidity Sensor (hence, measures both Humidity and Temperature) is considered to be a better alternative. 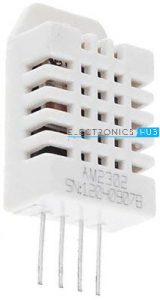 Both DHT11 and DHT22 Temperature Sensor can be connected to a cable of length up to 20m for remote temperature measurement.

TMP36 has a scale factor of 10mV/0C, which is identical to LM35, but the range and accuracy numbers are slightly less than that of LM35. None the less, it is a great alternative to LM35, if you are interested in buying an analog temperature sensor.

Essentially a Barometric Pressure Sensor, the BMP180 by Bosch, can also measure temperature. This makes it a better sensor to integrate into a weather monitoring or weather station projects.

Since the BMP180 is a pressure sensor, we can also measure the altitude (higher the altitude, lower the pressure). Due to its accuracy, stability and robustness (with respect to EMC), the BMP180 Sensor is often used in Mobile Phones, GPS Navigation Systems and other outdoor devices.

Internally, the BMP180 combines a piezo-resistive sensor, an ADC, a control unit with EEPROM and Serial Interface in the form of I2C.

Through the I2C bus, the sensor transmits both pressure and temperature data.

The DS18B20 is another digital Temperature Sensor and it is unique in its own way. Firstly, it communicates over 1-Wire bus (developed by Dallas Semiconductor), which means that it requires only a single data line to communicate (and of course, a GND wire). 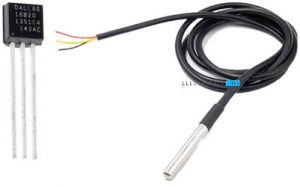 Second unique feature is that the DS18B20 Sensor can be powered using the data line itself (known as parasite power). This eliminates the need for any external supply. Third unique feature is you can select the output resolution anywhere between 9-bits to 12-bits.

Another important feature is that each DS18B20 Sensor has a unique 64-bit serial number associated with it. Using this feature, you can connect many DS18B20 sensors to the same 1-Wire Bus and communicate with a single microcontroller.

Another all-in-one sensor from Bosch is the BME280 Sensor. It can measure pressure, humidity and temperature with great measuring ranges and accuracy. It is a low power sensor making it suitable for battery operated devices like mobile phones, fitness trackers, navigations systems etc. 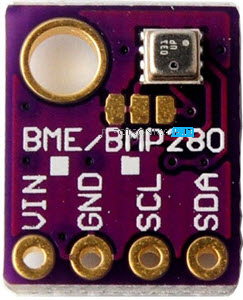 The sensor supports both I2C as well as SPI communication interfaces. So, if you choosing a module, make sure that corresponding pin outs are available.

The MCP9808 is a high accuracy digital temperature sensor from Microchip. It is a low power sensor which communicates over I2C or SMBus. The typical accuracy of ±0.250C makes it one of the more accurate temperature sensors in the list. 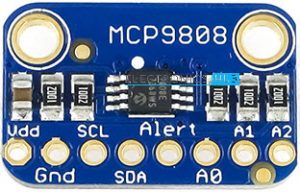 Using its three adjustable address pins, you can connect up to 8 MCP9808 Temperature Sensors to the same I2C bus. Such setup is suitable for multizone temperature monitoring applications. 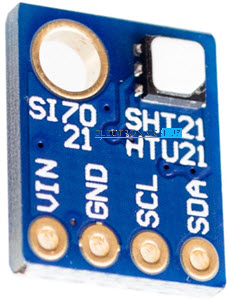 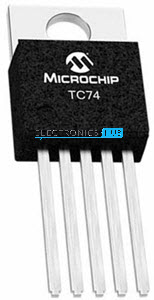 The communication interface of TC74 is I2C or SMBus with speed of 100kHz. 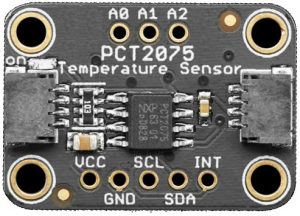 IMPORTANT NOTE: AM1001 Sensor measures only Relative Humidity whereas AMT1001 measures both relative humidity as well as temperature. Be careful while purchasing one.

This is a list of some of the frequently used Arduino Temperature Sensors. If I find any additional sensors that are reasonably priced and suitable for DIY applications, then I will add them in the future. For more information about the individual sensors, I suggest you to search for the manufacturers data sheet.

6 Chic Boots to Wear With Skirts This Season